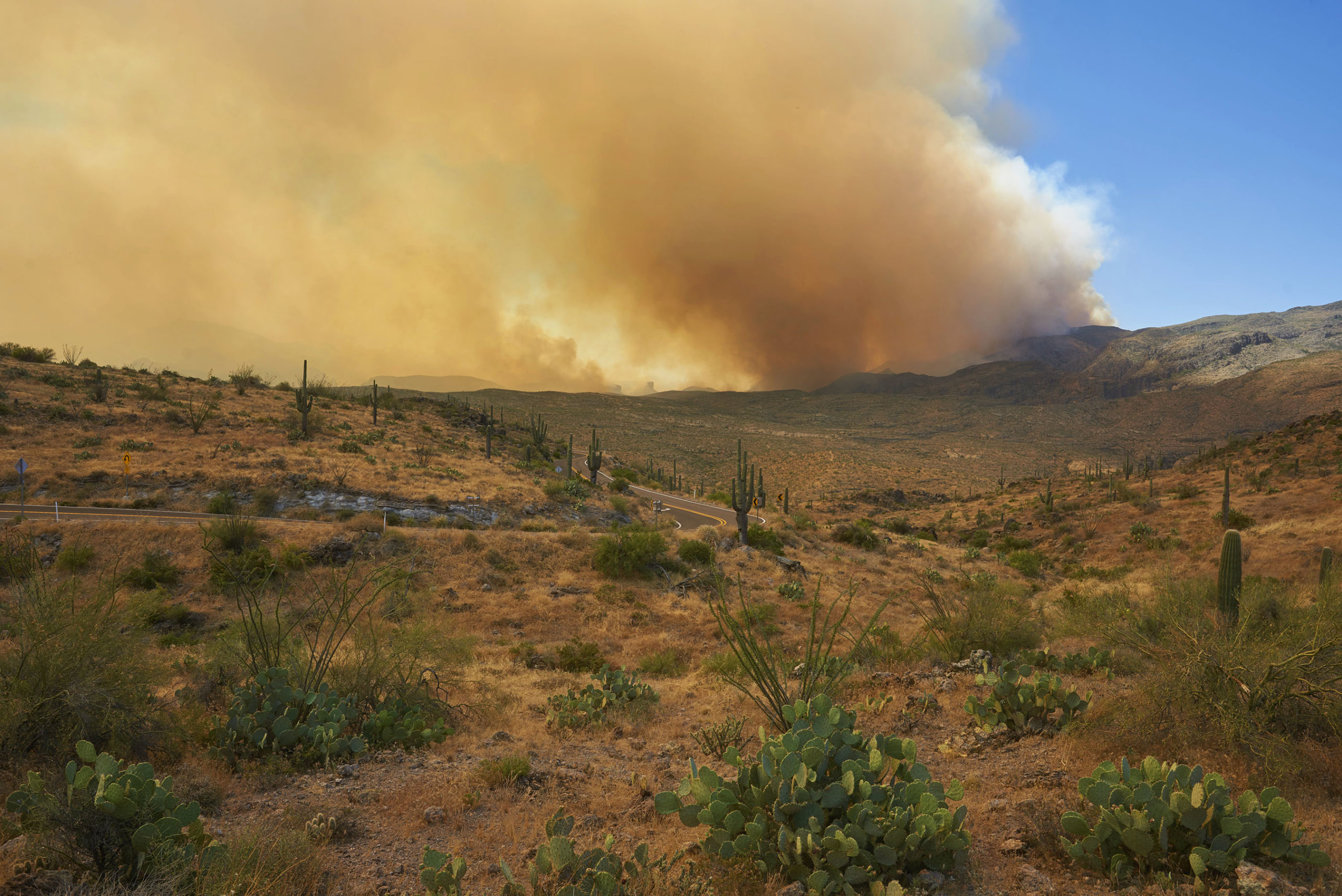 On June 7th 2019 the Woodbury Fire was sparked in the Superstition Wilderness east of Phoenix, Arizona. Officially it is listed as human caused. Within a week the fire grew from 500 acres to an incredible 26,000 acres and consumed much of the Superstition Mountains area. (Update: as of June 19th the fire is now over 40,000 acres) Fire teams from the entire Southwest have been called in and as of this writing there are more than 700 brave fire fighters involved in the effort to contain it. The fire continues to grow. Because of the severity of the fire and it’s close proximity to my home I decided to take a drive out into the mountains to see if I could get a closer vantage point and make sense of it all.

As I drove out Apache Trail road I could see the smoke on the distant horizon. The scale of this didn’t really set in until after I started down the hill towards Tortilla Flat. Behind the small town are impressively rugged peaks and behind those peaks the column of smoke and ash was just incredible. I continued on out into the wilderness all the way to the overlook at Fish Creek Canyon. The view there was completely obscured by dense hazy smoke. Turning around I made my way back the way I came and pulled into the Tortilla Trailhead parking. For those not familiar Tortilla Trailhead is just west of Fish Creek Canyon and from the small ridge above the parking area I quickly realized the severity of the fire. It simply loomed over everything. The putrid yellowish/red smoke obscured the Sun and black sooty ash was falling down around me like snow flurries. My lungs began to sting and my skin started getting itchy. The wind howled. I could see the fire line moving up over a distant ridge on the horizon and in the 30 or so minutes that I remained in this location I visibly saw the fire marching on in seemingly unstoppable progress. Seeing how quickly this fire was moving was disheartening. After speaking with some of the hot shot fire fighters that arrived while I was there I got the impression they were struggling with morale. It had been a long unforgiving week for them. Hopefully they will soon be able to get a hold on this fire and slow it’s progress.

The Superstition Mountains hold a special place in my heart. My wife and I spend a lot of our time hiking, kayaking, mountain biking, and of course making photos in them. We feel a constant inspiration from these mountains. To see so much of the wilderness that we love so much being destroyed by fire tugs at my soul. Nature repairs itself and of course it will regrow, but the impact and scars on the landscape from this fire will likely be permanent.

I’d like to send out a special thank you to all of the brave men and women out there fighting this fire in snake infested bushy terrain in the 110 degree Arizona heat. You’re our heroes.

These are some of the photos of the Woodbury Fire that I made on June 14th 2019. 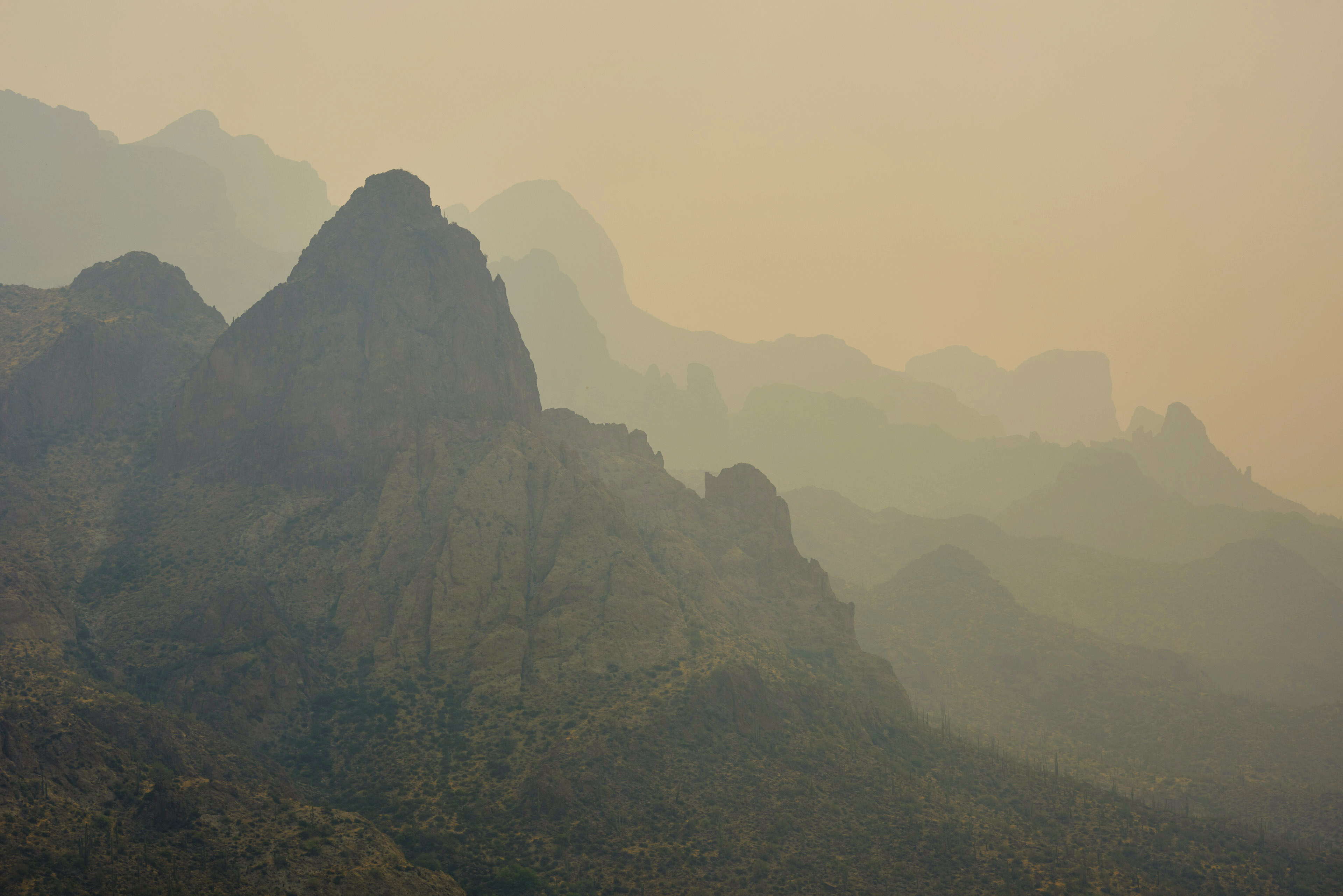 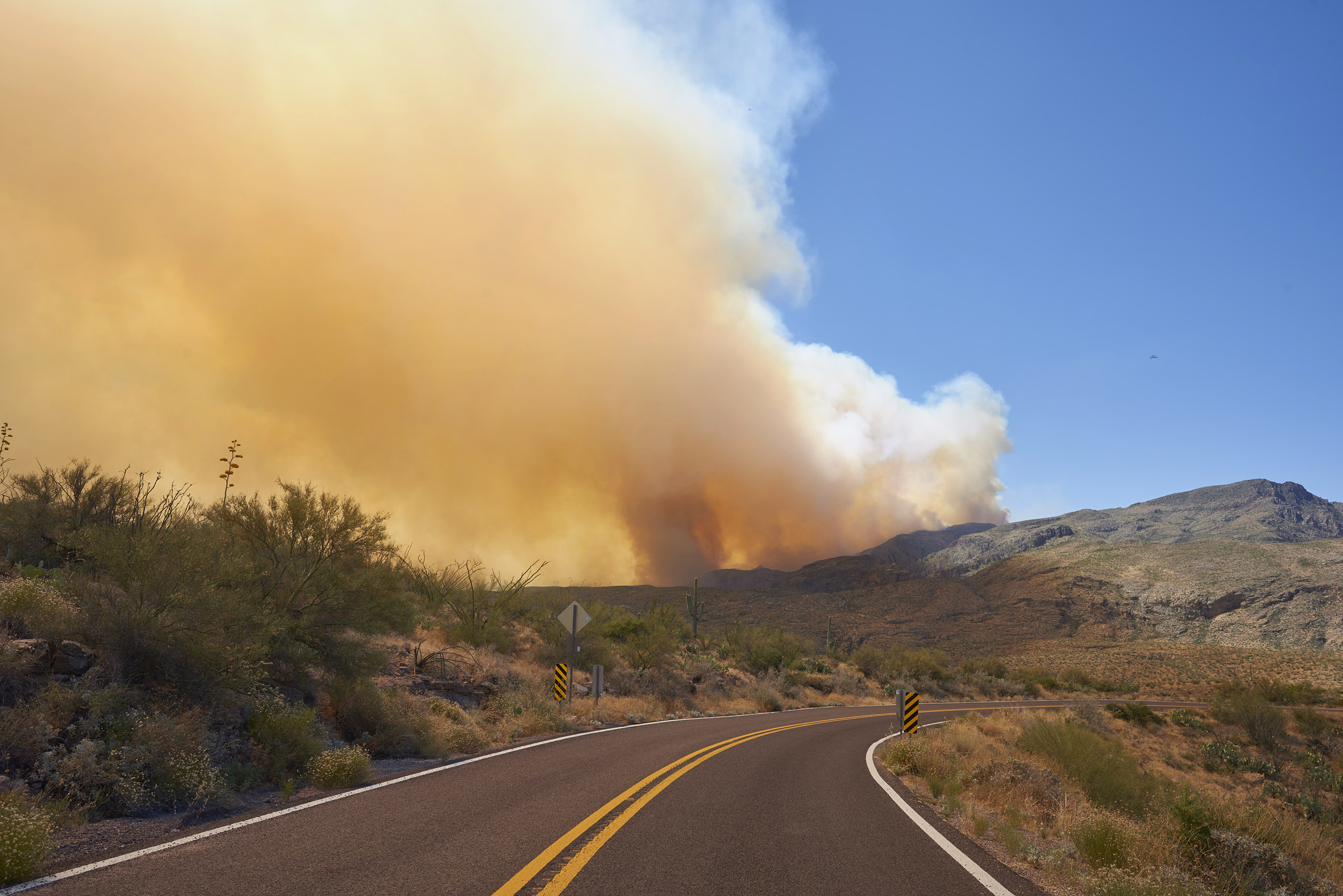 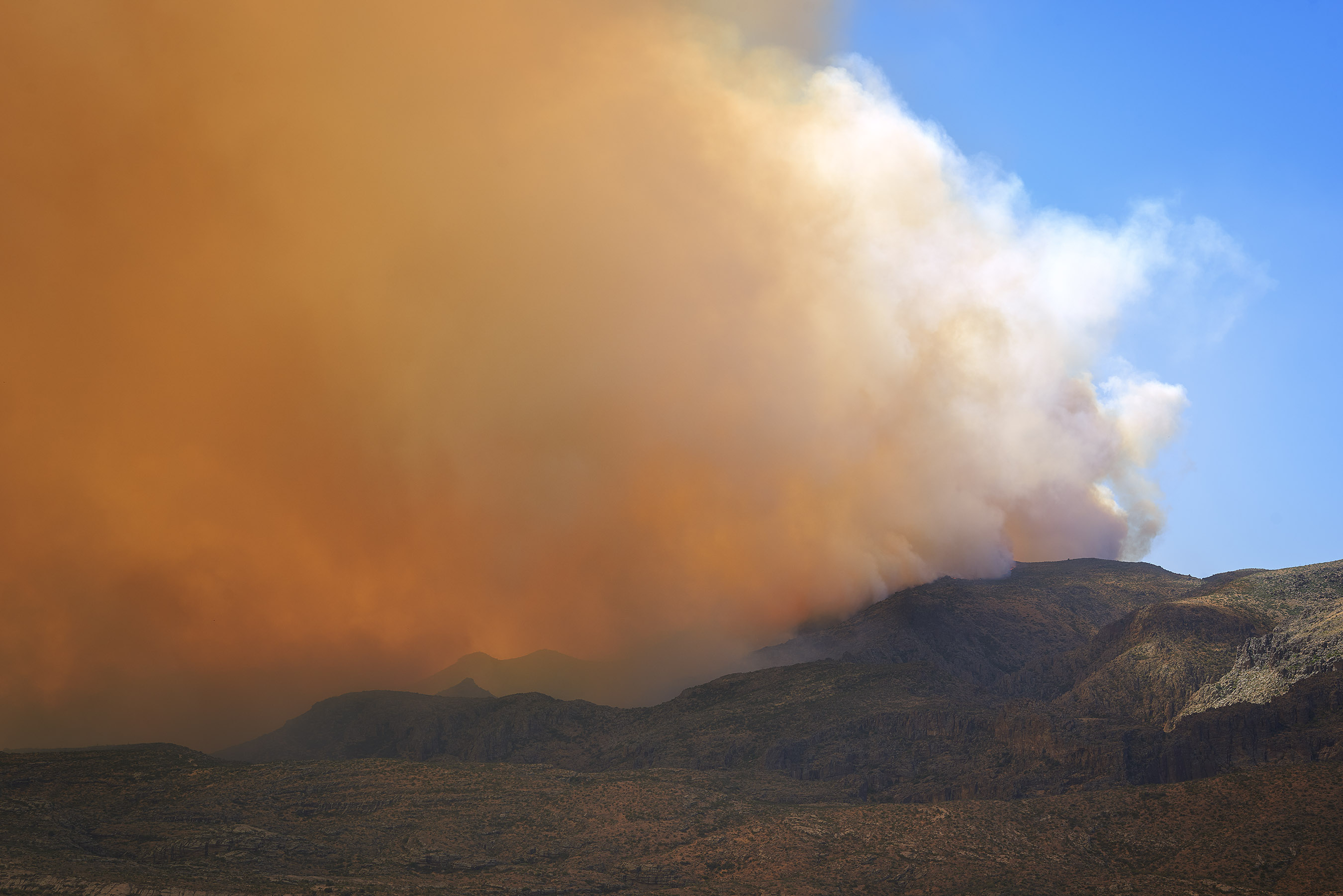