Winter in the Sonoran Desert

There’s not much in this world that can touch the sheer beauty of the desert southwest during a winter storm.

After coming off of what turned out to be the driest and hottest year in Arizona since records began the Sonoran Desert was absolutely parched. Much of the landscape has been beige and yellow the entire year and even the mighty saguaro were beginning to look derelict. The rain couldn’t have come any sooner. Three days of steady precipitation including periods of snow quenched the desert’s thirst and brought out the mood and mystery of the Superstition Mountains.

These are the days I live for as a landscape photographer. With only a small window of time for shooting these types of conditions you have to be selective with what locations you plan to photograph. Initially the plan was to head to Sedona for what was forecast to be a significant snow event. I have shot Sedona in blizzard conditions in the past and definitely plan to more in the future, but my instincts told me to instead head to the Superstition Wilderness. Sometimes the decision on what location to shoot is a real struggle and there’s always a potential sacrifice to be made especially in rare weather events. You may choose one spot only to get totally skunked and later find out another spot you were considering was the jackpot that day. I’ve been on both sides of this equation, and have learned to study the weather data and then go with your gut.

Arriving at the Carney Springs Trailhead out on Peralta Road I didn’t have the most optimistic feeling about how the morning would go for shooting. The light was dead flat and the overcast sky didn’t look promising. I was meeting a fellow landscape photographer friend out by the Three Sisters formation and decided to stick it out and not get my hopes up. As I was hiking in to meet him I froze mid-step as the light broke through the dense cloud cover and spot lit the mountain. The entire experience lasted only a moment or two, but shooting with a deep lens (the Sigma ART 135mm) I was able to frame a handful of compositions that I immediately knew would make the entire trip worth it.

Over the next two hours or so we watched the wispy fog dance in and out of the towers of rock all around us. A few times the anticipation for another break in the overcast sky built only to be crushed when the clouds refused to part and we finally decided to call it. Although I didn’t come away with a treasure trove of new photographs from this storm I’m very happy with the few that I did get. Below I’ve shared my favorite selects from the set and even included a bonus image at the end.

All images shot with the Panasonic S1R camera and Sigma Art 135mm 1.8 lens. 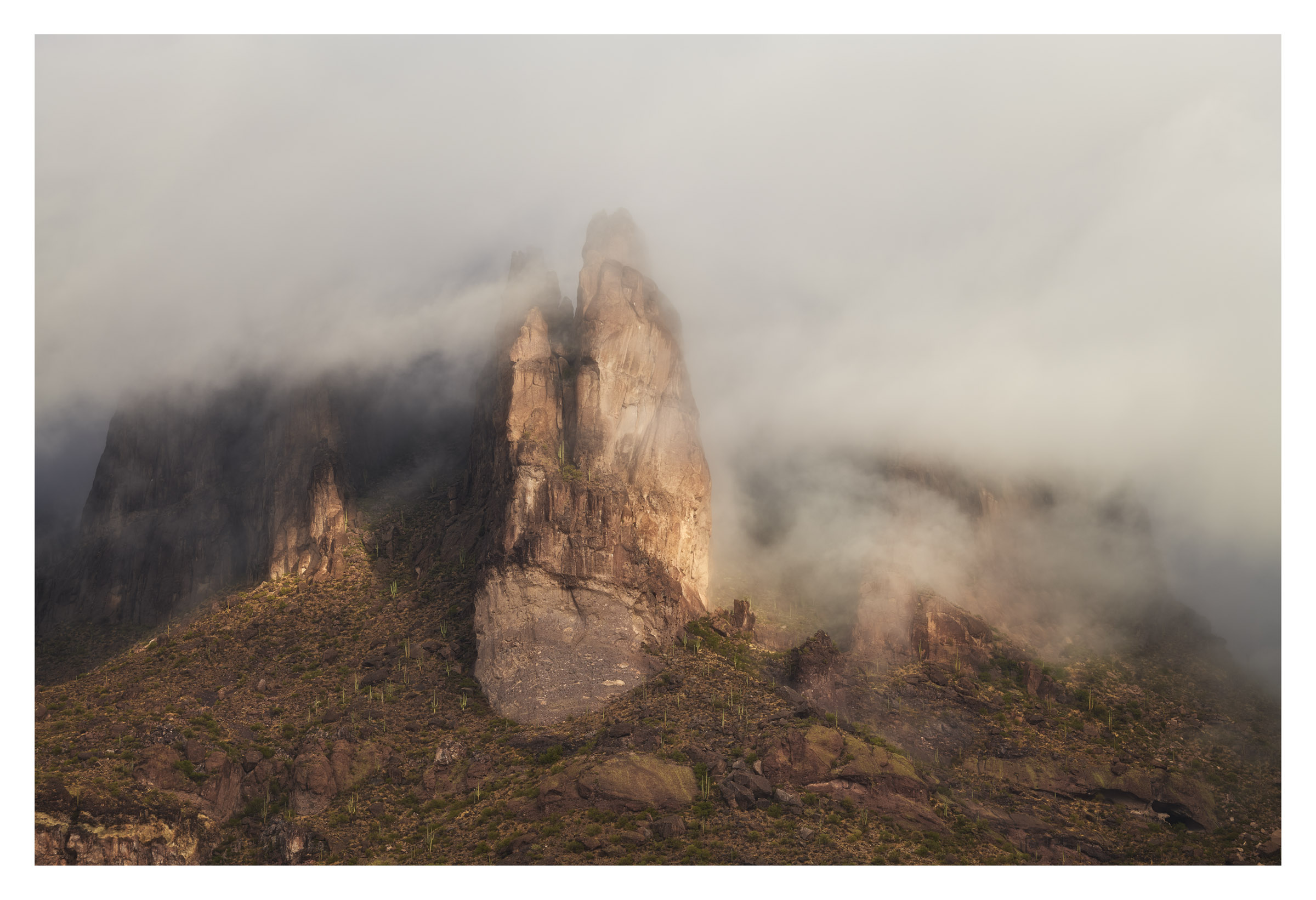 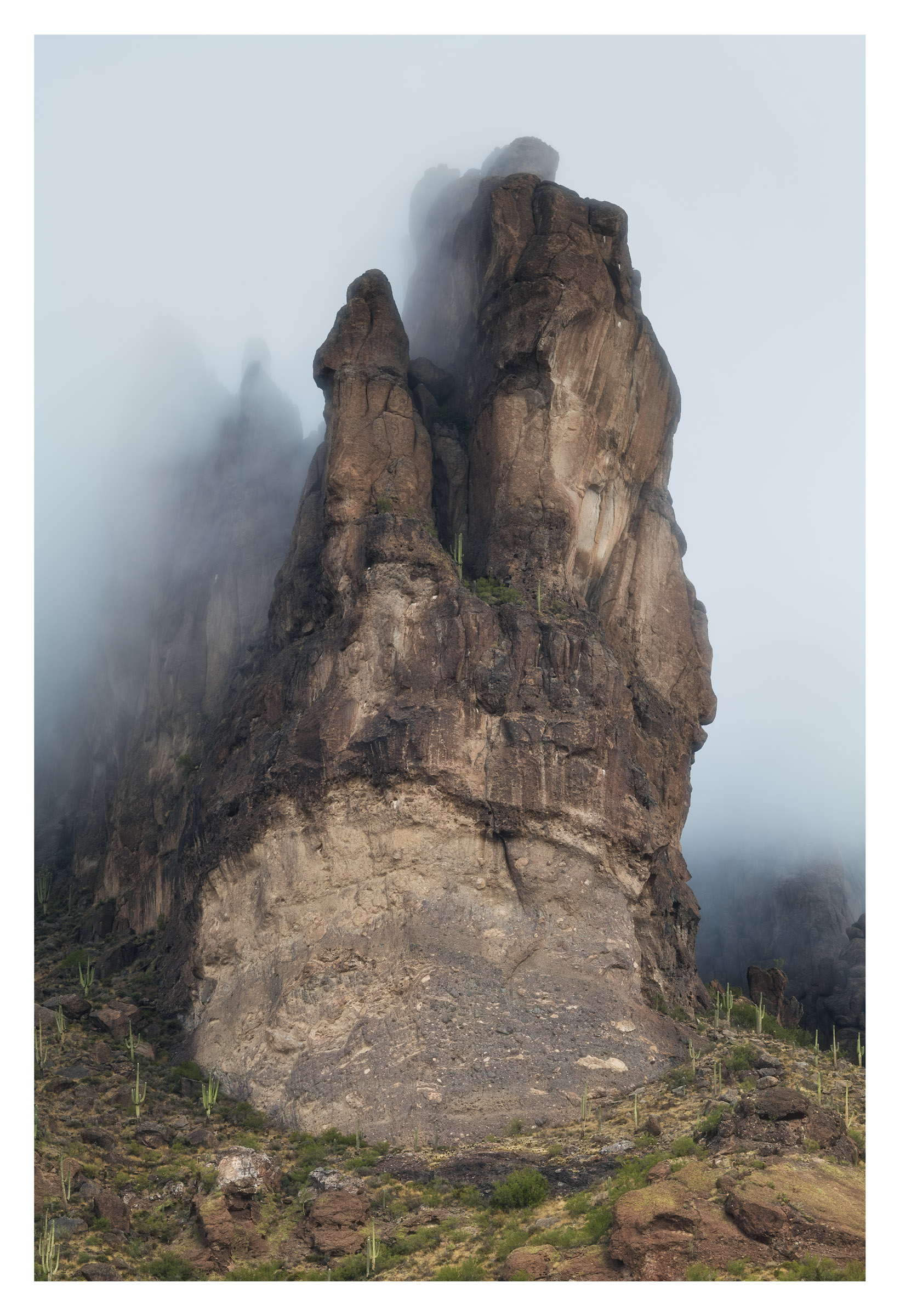 …and the next morning we woke up to this.